Who’s that cheeky guy secretly tinkling in the open air? This famous little statue just behind the corner of the Grand Place symbolises the humour and fearlessness of the people of Brussels. It’s more than 400 years old and carries many wild legends. A young boy would have urinated on a fire threatening the king’s castle and this way, prevented it from burning down. Or, during a battle in the 12th century, led by the 2 year old Duke Godfrey, this little Lord would have urinated onto the troops to give them courage. Whichever story is true doesn’t matter. Manneken Pis is still alive and kicking: he has an enormous wardrobe and is dressed differently for every special occasion. What would he be wearing today?

Brussels is a city with balls. Nine 18-metre-diameter stainless steel balls. The Atomium was built in 1958 as the main pavilion of the Word Expo, symbolising the scientific optimism of that era by depicting 9 iron atoms. It was never meant to stay there forever, but because of its huge popularity, it has stayed and still dominates the Brussels skyline. This world famous monument is accessible to the public: it holds exhibitions, a restaurant and a magnificent panoramic view point. Even if you’re not visiting this piece of bizarre architecture, you’ll certainly see it from various places in town. At night, for example, the Atomium offers a spectacular light show. Check it out!

This pittoresque city gate, built in 1381, is a remarkable testimony to the medieval past of the city of Brussels. It’s the only Brussels city gate that has been preserved. In the park surrounding the tower, you can take a rest and enjoy the greenery. The park is open to the public. At the top of the watchtower, you can enjoy an impressive panorama of Brussels and its surroundings. Can you spot the Atomium?

You’ll be overwhelmed by wonder and awe, when visiting this museum full of spectacular aircrafts. You’ll find baskets of balloons, rescue helicopters and fighter planes used by the Belgian Air Force since 1946. Enter the cockpit of a Boeing and walk in the shoes of a real pilot. The Sky Bar on top of the museum will make your visit complete.

If you want to get a feel of Brussels, you’ll need to take a walk to the wonderful Grand Place. This UNESCO World Heritage site finds its origins in the 15th century. A town hall, market halls and guild houses were built closely together, marking Brussels as an important trading centre. Not only will the spectacular gothic architecture blow you away, this square also hosts many cultural festivities. In August, for example, the square is completely covered in flowers: dahlias and begonias compose a huge Flower Carpet.

The Royals like to keep their Greenhouses to themselves… If you want to visit them, you’ll have to be quick and precise: they’re only open to the public three weeks a year, during spring. These Greenhouses contain a great botanic collection full of valuable exotic plants and flowers, adding extra value to your Urban Yard explorations. Architect Alphonse Balat designed this ‘Ideal Glass Palace’ in 1873, combining metal and glass in its construction.

Brussels is a melting pot of many cultures and nationalities. This Japanese Tower, next to the Chinese pavilion, brings some oriental culture into the city. The Japanese pagoda was built in the beginning of the 20th century. It is surrounded by a Japanese garden, hosting bamboo, ginkgoes and a Japanese maple tree. Fun fact: the tower was built by a French architect, not a Japanse one, using an ancient Japanese building technique without the use of nails. 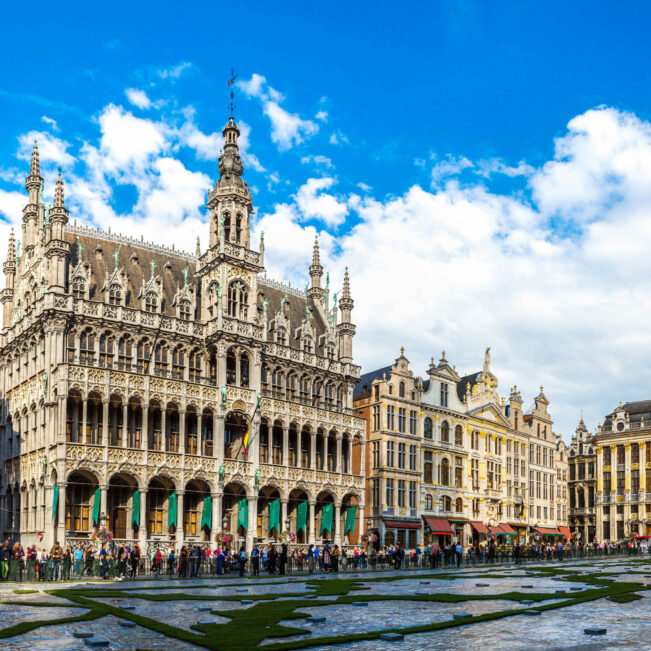 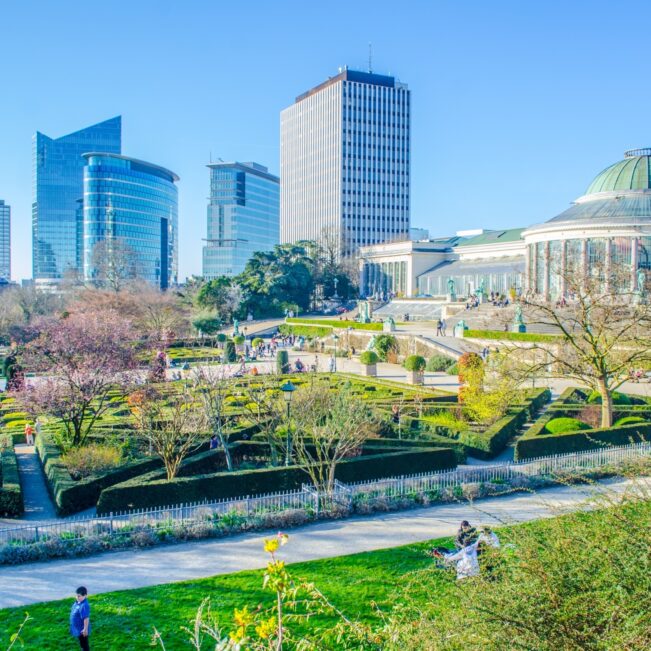 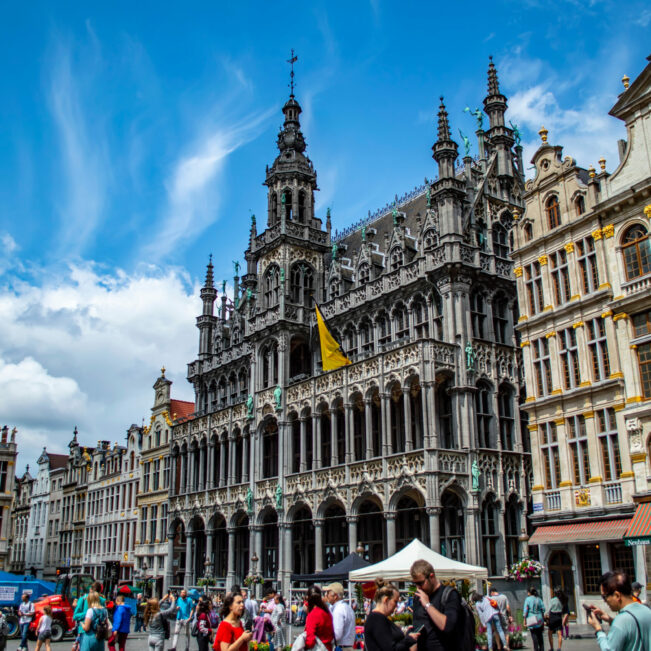